The Newstead Arts Hub is a community-run arts space situated in a renovated railway station in Newstead, Victoria. We host exhibitions, community events and workshops. We have multiple gallery spaces, a workshop room, a garden, outdoor platform and event spaces. Our mission is to engage with the local community and visitors from the wider region.

Our vision is to shape and sustain the Hub as a creative space for our communities, artists and visitors. The Hub will be at the heart of Newstead’s cultural creative precinct.

From a disused railway station to a thriving art space.

The transformation of the Newstead Railway Station was the result of passionate work by our local community. In 2013 the project was identified as a priority in the Newstead Community Plan, and with funding from the VicTrack Community Vacant Use Program, the station was restored in 2015, opening with the first exhibition August 2015.

In restoring and reusing the railway station, the ambitious vision of the Newstead community has become a reality. The Hub is now a creative, economic and social focal point for the community.

Progressively our new and growing garden will welcome visitors and offer spaces for art, gatherings and relaxation, and our building and external spaces will accommodate a diverse range of engaging and creative activities.

History is part of our story.

Newstead railway station is part of our history and heritage. Built in 1874, it adopts the ‘Dunolly’ architectural style as does Carisbrook, the next station on the line from Castlemaine to Maryborough.

The station complex included a station office and refreshment rooms – all opening onto the platform – and an attached station master’s residence with a parlour, several bedrooms, bathroom, kitchen, scullery and a private yard. Adjoining was the lamp room and an underground water tank.

By 1882, tenders had been called for the building of the goods shed opposite the railway station. Stock yards were built nearby.

In 2004, the line from Moolort to the Maldon junction was closed to enable the Victorian Goldfields Railway to operate between Maldon and Castlemaine. After facing an uncertain future – empty and unused after more than 130 years – today the station is alive again, as a creative hub for our community.

The Arts Hub Committee manages the Arts Hub on behalf of Newstead 2021 Inc. We care for the building and grounds as well as shaping and running a program of creative opportunities for our communities: workshops, exhibitions, classes and events. Our Strategic Plan indicates our aspirations and priorities.

Our volunteer Committee meets monthly at the Arts Hub, and welcomes your ideas, suggestions and support.

The Hub is funded through your donations, annual support from our Friends, grants and fundraisers. VicTrack provided an initial $5000 to get us started. The Hub does not receive any external operational funding.
Arts Hub Friends and volunteers are a vital part of the Hub: helping with exhibitions, caring for the garden, looking after the building and more. Check our Support Us page to find out about becoming a Friend or volunteering at the Hub.

More About The Arts Hub

Our Committee is made up of local people who have a diversity of skills in the arts, business and community development, financial management, marketing and promotion, and sustainability. Our Committee members have a passion for the Hub and a commitment to seeing it thrive and grow. 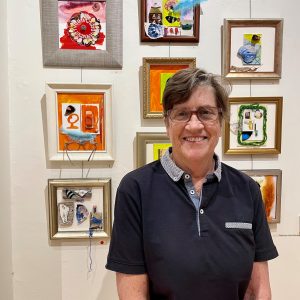 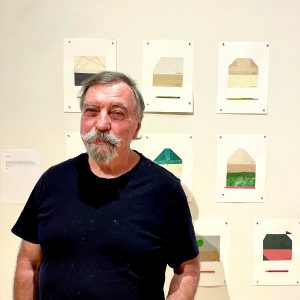 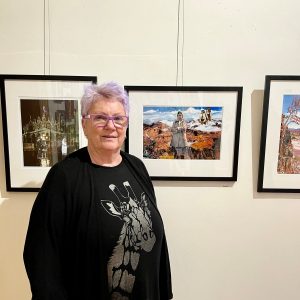 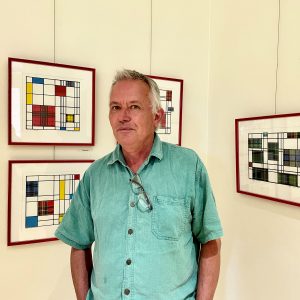 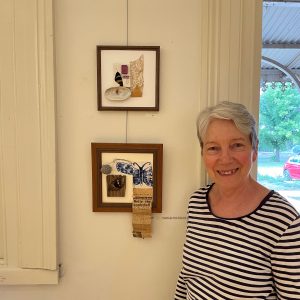 We also have several volunteer groups, each contributing to different aspects of our operations: the garden; exhibitions; the building.

The Newstead Arts Hub Committee is responsible to Newstead 2021 Inc. Our role includes:
– Providing good governance in accordance with state & federal laws
– Creating and updating our Strategic Plan
– Working with the community of Newstead and surrounds to encourage participation in the life of the Arts Hub
– Negotiating with Mount Alexander Shire on the building lease
– Overseeing the day to day operation of the Arts Hub and ensuring it is maintained in a safe and proper condition
– Operating the facility in a financially, environmentally and socially sustainable way.

In 2017 Anna and Cassia Read from Emerging Landscapes, worked with the Newstead community to shape a welcoming and beautiful garden concept, create spaces for community celebration, quiet reflection and art. Now this garden is coming into reality, with support from our volunteers plus local donations and a grant from the Maldon & District Community Bank to kick start development.

The design and plant selection honours local history and stories and links the garden to the Loddon River and the town.
The design is based around distinct zones, enabling staged development as funding becomes available. Currently Stage 1 is being developed.
To find out more about the garden design, its development and to see the sketch plans, download the Garden Design Concept here.

Be first to know about events and news at the Hub.

Sign up and be the first to know about events, exhibitions and workshops at the Hub.